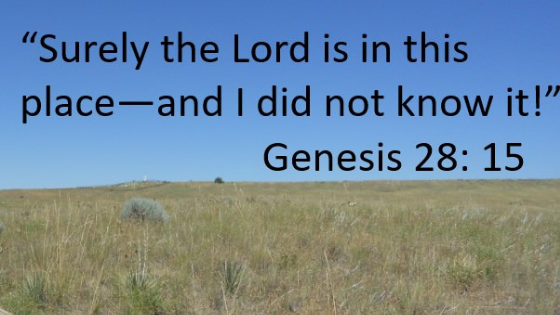 Theme: G-d’s commitment remains, even when we escape

It is quite interesting to see the framing of the narrative in our Torah portion that begins and ends with Jacob’s escapes (vayetzei). Let us look at the nuances at play in the portion and connect this with the Haftarah in Hosea.

Jacob escapes the possible wrath he will likely face because he took advantage his father and brother’s vulnerability. He “took away” the respect and rights from them, respectively. Now Jacob has reached Beer-Sheba and Haran. These places prepare the readers for what will unfold in the entire narrative. Beer-Sheba can mean “sevenfold oath”, which indeed Jacob received seven promises from the L-rd enumerated in 28.13-15. Similarly, Haran can mean “crossroads”, which is a circumstance in which Jacob finds himself at present. He later named the place Beth-El, which was formerly Luz. Jacob escapes before the sight of his sightless father and gullible brother, and here Jacob realizes that G-d was in that place, at each moment; and such reality “escapes from his sight” (this is Luz’ meaning). He was afraid (yare) of both realities, which were the deceit he did and the Divine before him. To his thoughts, he surely does not deserve such providential benefit. Hosea’s call might reverberate to Jacob’s senses, both of fear and fascination, “Where are your scourges, Sheol? Compassion will be banished from my sight!” (Hos 13.14) Yet, Jacob sustains himself throughout the years, holding to G-d’s promises, until his return.

Along the crossroads of Jacob’s life were blessings such as his wives  and children, as well as struggles namely the endless cheating made by his father-in-law, Laban. Through the years, Jacob felt that he is being “robbed” by his father-in-law, which seems a cycle to some degree of what he did in the past towards his own sightless father. He now knows the feeling, the possible pain or agony of whom he wronged. It is possible that through the years, Jacob has matured and has gained courage to face those whom he “robbed” of their rights. Perhaps, Jacob sensed within him G-d’s words through Hosea, “Israel, come back to Yah your God.” (Hos 14.1) Even with these words, one thing that Jacob seems to carry with him and must come to terms with, this is his deepest fear, from guilt and loss. Though driven by fear (gazal) that he will be again “robbed” by Laban, not only of the things he worked hard for, but this includes his own family. Hence, Jacob decided at that moment to escape (vayetzei), together with his wives, children, servants and flock. But, he was intercepted by Laban. The two later made a covenant, and Jacob was left “free” by Laban with his entire family and flock. On his way, just like the beginning, Jacob encounters angels, thus he named the place Mahanaim, which means, “a place of boarder” or “crossroad”. His journey is not yet done; something is waiting for him at the end that remains unsure. However, one thing is sure, and that is G-d fulfilled his promise. G-d remains true to his commitment, even if we fail, surely G-d will not fail or fail us.

Reflection and Discussion: 1. Have you experienced the cycle of your unjust action towards another? How did you realize that such struggle, pain, agony, or misfortune, is similar to a certain degree, of the wrong you did to another? 2. Just like Jacob, have you made peace with your past? What is the effect of this to you today? 3. Are you still in an “escape mode” from the reality you have now? Or what is it in your present that you find difficult to face? Why? How can the people around you help you?

This week’s Parashat Vayetzei Commentary was prepared by

PLEASE NOTE: The weekly Parashah commentaries represent the research and creative thought of their authors, and are meant to stimulate deeper thinking about the meaning of the Scriptures. While they draw upon the study methods and sources employed by the Bat Kol Institute, the views and conclusions expressed in these commentaries are solely those of their authors, and do not necessarily represent the views of Bat Kol. The commentaries, along with all materials published on the Bat Kol website, are copyrighted by the writers, and are made available for personal and group study, and local church purposes. Permission needed for other purposes. Questions, comments and feedback are always welcome.