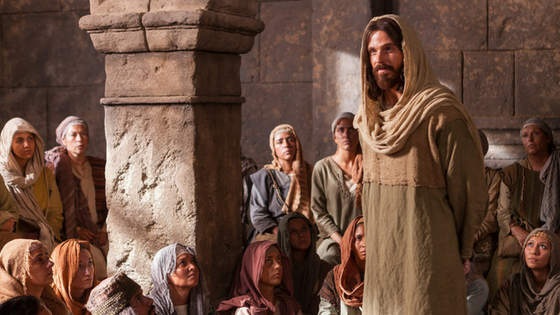 This passage from John’s Gospel presents a situation of crisis in the sense of one that provokescrucial decisions, in response to Jesus’ teachings. The text states explicitly, “among you there are some who do not believe” and later “Jesus knew from the first who were the ones that did not believe” (64). His ultimatum, “unless you eat the flesh of the Son of Man and drink his blood, you have no life in you” (6:53) provokes the parting of the ways.Reinhartz suggests that the “cannibalistic overtones” of his words would have been not only offensive but repellant “because Jews do not ingest the blood of the animal along with the flesh”; that was forbiddenin, for example, Gen 9:4 “You must not eat flesh with life, blood, in it (171, notes 53 and 60). With that, “many of his disciples turned back and no longer went about with him” (66). Brown comments that this indication of desertion “is found only in John … and may reflect a period toward the end of the (first) century when the Koinonia was being broken” (346, note 33). There is a sense of resolution at the end of the passage when Jesus turns to the twelve and asks. “do you also wish to go away?” and Peter responds:

Lord to whom can we go? You have the words of eternal life.

We have come to believe and know that you are the Holy One of God.

A similar development occurs in the Joshua passage, which is taken from the final chapter of the book. The introduction to this book in the Stone Edition refers to this chapter as Joshua’s valedictory, reflecting his mission “to plant the seeds of Torah in the Land of Israel” (517). The setting is the solemn assembly at Shechem, convoked by the elderly Joshua, in which he demands of the people a decision: if they are unwilling to serve the Lord, then they must choose to serve the gods of their ancestors beyond the Euphrates or the gods of the Amorites in the land they have entered “between the Jordan and the great sea, toward the setting sun.” Here the resolution of the tension emerges in Joshua’s affirmation that he and his household will serve the Lord; that prompts the people to acknowledge how “the Lord our God” brought them out of the land of slavery and has protected them wherever they went, which leads them to the profession of faith:

Therefore, we will serve the Lord, for he is our God.

A somewhat similar dynamic is played out quite subtly in Ephesians 5:21-32, which explores the “great mystery” of the relation between Christ and the Church. The author seeks a metaphor by which to elucidate that relationship and finds it in the intimacy of marriage. The text’s attempt to distinguish the roles of husband and wife leads Grossman to describe them as a “hierarchical relationship of mutuality” and perhaps that provides a key. The passage begins with the mutuality of kindness, tenderheartedness, forgiveness, loving as Christ loved us and gave himself for us; the text moves on to: “be subject to one another out of reverence for Christ.” Ideally, ultimately, the two “become one flesh” finding, through their love, the ways to resolve the differences and tensions that emerge.

This week’s Sunday Gospel Commentary was prepared by

PLEASE NOTE: The weekly Gospel commentaries represent the research and creative thought of their authors, and are meant to stimulate deeper thinking about the meaning of the Sunday Scriptures. While they draw upon the study methods and sources employed by the Bat Kol Institute, the views and conclusions expressed in these commentaries are solely those of their authors, and do not necessarily represent the views of Bat Kol. Questions, comments and feedback are always welcome.