The Pharaoh’s Hosts Engulfed in the Red Sea
Lucas Cranach the Elder, Luke the Evangelist 1530 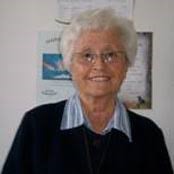