Palm Sunday of the Passion of the Lord

Palm Sunday of the Passion of the Lord

These few verses in Luke bring together three titles the Gospels use for Jesus: Messiah (= Christ, the anointed one), Son of Man and Son of God. In the interrogation the authorities question Jesus as to whether he is the Messiah and in his reply Jesus refers to himself as Son of Man. They then repeat the question, but this time use the title Son of God. In Christian thinking Son of Man is usually understood as a reference to Jesus’ humanity and Son of God to his divinity. American Jewish professor Daniel Boyarin challenges this understanding as a reversal of the way the terms would have been understood in first century Judaism and therefore in the Gospels.

The term Messiah (Heb Mashiah, Gk Christ; literally “anointed one”) is used extensively in the OT for an earthly king such as David (2 Chron. 6:42, Ps 2:2). The king was also called Son of God: “I have set my king on Zion…You are my son; today I have begotten you” (Ps 2:6-7; also Ps 110:3). Following the destruction of Israel’s monarchy by the Babylonians in the 6th century BCE the title acquired the connotation of a future king, chosen by God, who would restore the nation, so a savior-messiah. This was the hope in some Jewish circles both before and after the time of Jesus. From first and second centuries BCE the Community Rule from Qumran refers to “the Messiahs of Aaron and Israel,” who are priest and king respectively (1QS 9:11); in the first and second centuries CE the Jewish pseudepigraphical work 2 Baruch prophesies, “And it will happen after these things when the time of the appearance of the Anointed One has been fulfilled and He returns with splendour, that then all who sleep in hope of Him will rise” (2 Baruch 30:1).

When Jesus replies to the question about being the Messiah with “the Son of Man will be seated at the right hand of the power of God,” he is drawing on Daniel’s vision of “one like a son of man…(who) was given dominion, glory and kingship” (Dan. 7:13-14), and Psalm 110 “The Lord says to my lord, “Sit at my right hand…” (Ps 110:1). Boyarin argues that because it is implied that the son of man sits on a throne, he shares in the divinity of the Ancient of Days, and so there was room in Jewish thought in the intertestamental period for two divine figures. The “Son of Man” refers to this second divine figure in the 2nd century BCE in the Book of Enoch, “sitting on his throne of glory” and worshipped by “all the kings…and those who rule the earth” (1 Enoch 62:5-9). In the later Midrash on Psalms 2:9, Rabbi Yudan suggests that the Son (of God) in Psalm 2 is the same as the Son of Man in Daniel 7, and that both titles could be applied to the Messiah (Buchanan, 80).

So the notion of a human-divine saviour-messiah was not an early Christian innovation in religious thinking, but a well-developed Jewish idea by the first century, deeply rooted in Jewish scripture and history. The innovative move the early Jewish Christians made was to identify Jesus of Nazareth, the one who was crucified, as that Messiah.

For Reflection and Discussion: [1] In what way(s) does the interpretation of Messiah/Son of Man/Son of God outlined here change your way of reading the story of Jesus before the Sanhedrin?  [2] What name or title would fit Jesus best for you personally? Share reasons for your choice. 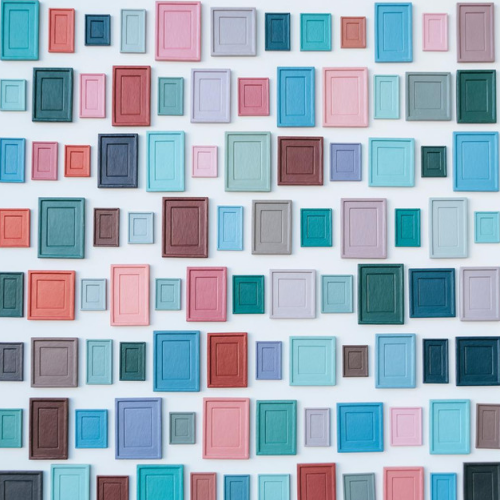