Christ is Risen! Alleluia!  We affirm our belief in the resurrection of Christ every time we recite the Apostles’ Creed during the Holy Mass or when we say the Rosary (“on the third day, he rose from the dead”). Belief in resurrection, a return to life subsequent to death, can also be found in the Tanakh: Daniel (12: 2-3), Isaiah (26:19) and Job (19: 25-26).  In the Gospels, we have the stories of a girl and of Lazarus being restored to life by Jesus (Mk 5:35-43; Jn 11:38-44). Still, resurrection was an unthinkable experience for the first disciples.

In the Gospel reading from John, we are told that it was first day of the week while it was dark when Mary Magdalene came to the tomb of Jesus. Bible scholars like Moloney have pointed out that darkness is a “setting of unfaith.” Mary Magdalene was blessed to be the first named witness of the empty tomb of Jesus. She saw that the stone had been taken away from the tomb, but she had no thought of the empty tomb as proof of the resurrection of Jesus. Instead, she ran away from the tomb to go to Simon Peter and the other disciple, the one whom Jesus loved and to tell them, “They had taken the Lord out of the tomb, and we do not know where they have laid him.” Mary’s reaction of suspecting a theft is a sign of unbelief. Like her, Peter did not immediately believe in the resurrection of Jesus.

It was the other disciple, whom Jesus loved, who saw and believed with little evidence. He saw the linen cloths lying and the napkin which had been on Jesus head, not lying with the linen cloths but rolled up and placed to one side. Lazarus came back from the tomb still wrapped up in the clothing of death – his hands and feet were bound with strips of cloth and his face was wrapped in a cloth.  Jesus had to order: “Unbind him, let him go.” (Jn 11:44)

Yet, the reading still ends with the unbelief of the disciples: “They did not understand the scripture, that he must rise from the dead.” In the rest of John 20, we learn that later in the day Jesus first appeared to Mary Magdalene (11:11-20) who only believed after hearing his voice and accepted his command to return to the disciples and announce: “I have seen the Lord.” (11:18). In the evening Jesus appeared before Peter and the disciples except Thomas (11:19-23) and a week later before all the disciples including Thomas (11:26-29). Writing on the resurrection of Jesus, Paul says that the Risen Christ was seen by more than 500 of his followers, including himself (1 Cor 15).  Like the disciples, he believed, because had seen the Risen Lord. The model of discipleship shown here is the movement from no faith (11:1-2), through partial faith (11:4-5) and the fullness of resurrection faith (11:7-8, 19-22).

Jesus tells the disciples, “Blessed are those who have not seen and yet have come to believe.” (11:29).  This is the message of Jesus to us as we celebrate Easter today – we should have faith in the resurrection of the Lord, even if we have not seen or heard Jesus ourselves. But how? Modern-day psychologists have researched on the stages of faith development. One such work is the 1981 work of James Fowler, a professor of theology, who identified seven “stages” or types of faith which tend, to emerge as individuals grow and mature. The findings: Faith is not a noun but a verb. It is a process for us to engage with. 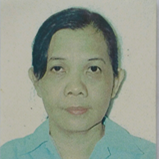