I first learned about “negative space” in my “Introduction to Art” college class. Suddenly, my perception of artwork shifted as I paid attention to not only what was on the page – but also the blank spaces in between. I discovered how the “negative spaces” are at least as significant as the artwork’s subject. As you read this week’s parashah and haftarah, pay attention to the “negative space.” Who is missing? What cannot be seen? Which things are “hidden in plain sight?”

Lisa Grant’s “Contemporary Reflection” article on Parashat Tetzaveh alerted me to Moses’ absence in Parashat Tetzaveh (Eskenazi 491). This Torah portion is the only parashah from the beginning of Exodus through the end of Deuteronomy in which Moses’ name does not appear. While his presence is implied, his name remains unspoken. Grant links this parashah (often read the week before Purim) with the book of Esther which does not contain the name of God. Grant suggests the connection is the “presence of absence.” The link is intriguing. But even within the parashah itself, the absence of Moses’ name is surprising. Was Moses stepping back, inviting others to be in the limelight? Was this an intentional emphasis on the role of priests? Might Moses have been taking on a mentor and facilitator – rather than upfront – role? Clearly Moses was present and active, so the absence of his name does not suggest he has gone missing.

The second instance of being “hidden in plain sight” is the absence of women. One might read this Torah portion (and many others) and never picture women anywhere in the scene. The instructions and commands for Israel are for the priests – the male priests – and women appear to be overlooked and unneeded. Yet are they? Indeed they are not; they are hidden in plain sight. The “clear oil of beaten olives” (Ex 27:20) would have been prepared by women as part of their daily ritual (Eskenzai 475). The elaborate priestly vestments, like the Tabernacle’s textiles, were likely produced by women who traditionally were responsible for textiles and clothing (Eskenazi 476). Even the animals used for the priests’ consecration may have been raised by female shepherds (cf. Gen 29:9). While the parashah appears to focus on the male priests, without the women in the “negative space,” no lamps would be kindled, no priests would have garments, and some animals may not have been raised.

In the parashah, God is indeed present, and even declares his intention to “abide among the Israelites” (Ex 29:45). But he is not present visually like Israel’s pagan neighbors’ gods and goddesses. And God’s instructions to attach two stones to the priest’s ephod “as stones for remembrance of the Israelite people” (Ex 28:12) cause one to wonder whether God might forget Israel – or Israel might forget God. Without any visual representation, the concern must have been legitimate. Indeed, as Israel’s story progresses, we witness the reality of these challenges.

Hidden in plain sight: Moses, women and God. The words on the page tell Israel’s story, and yet so too does the “negative space” between words. All are present – in the foreground and background – with vital and significant roles. Let us work to perceive what is there, as well as what is hidden in plain sight! 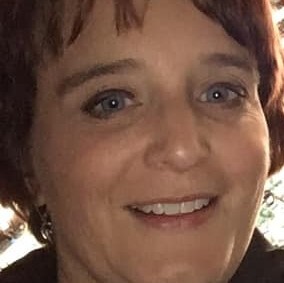