As we commence our reading of Exodus (Shemot), Israel begins its transition from being a family to being a people. We read the names of the ancestors (1:1-6) whose stories were told in Genesis and how the people have become “fruitful and prolific” (1:7) as promised by God to Abraham in Genesis 17:4-5. However, this increase brings with it mixed blessings. It brings an anonymity (Gottlieb-Zornberg, 21) whereby Pharaoh doesn’t see individual people but rather a labour force. At the same time, Pharaoh’s fear in seeing their growing numbers is that “if war befall us, they join our enemies and fight against us and escape from the land.” (Exod 1:10)

To alleviate his fear, Pharaoh threatens their safety in three increasingly fear-reinforcing and despair-inducing steps: (1) he sets “… taskmasters to oppress them” (1:11); (2) orders the midwives to kill sons born at the birth stool (1:16); and (3) orders that boy babies be thrown into the Nile (1:22). Pharaoh’s efforts towards death are foiled by the two midwives who “were faithful to God” (1:17) and so demonstrated non-violent resistance. In doing so they highlighted the others’ lack of action. As Plaut says, “The midwives, weak as they were, did not carry out Pharaoh’s command, yet they avoided punishment. How much more easily could all the Egyptian people have avoided, or at least mitigated, Pharaoh’s decrees.” (Plaut, 385)

The text does not tell us about any conversation between God and the midwives nor are we told how they knew what it meant to remain “faithful”. We do however have information about the conversation between God and Moses (3:4-4:15) and this conversation effectively highlights the complexities involved when circumstances are difficult and God asks us to take action. The text dynamically moves back and forth between Moses’ self-doubt and God’s self-revelation and reassurance. Moses is being asked to return to the place from where he once fled in fear of his life (2:15). He makes several attempts to change God’s mind and eventually he says, “please send someone else” (4:13). God reassures Moses by promising that he will be accompanied by the divine presence (3:12; 4:12, 15) and God does indeed send someone else, Aaron, not instead of but with Moses (4:14). God’s reassurance can also be experienced in God’s Word being accomplished. For example, in 3:21-22 we read that the Egyptians will give the people their riches and, sure enough, in 12:35-36 this happens.

This reassuring divine presence remains with Moses and the people throughout the long and arduous Exodus journey (cf. Exod 33). The quality of conversation between God and Moses supports them in expressing what they want and how they feel (e.g. Moses’ self-doubt 4:1, 10, 13 and God’s anger 4:14). God stays with Moses in the place of his limitation and provides the support and reassurance he needs to respond positively to what God asks of him. Their relationship continues to evolve and Moses continues to change in response to God’s presence with him as we progress through Exodus (Shemot).

For Reflection and Discussion: [1] In moments of decision-making we can, like Moses, be filled with self-doubt. How does Exodus 3:4-4:15 support you in responding to what God asks of you? [2] How do the actions of the midwives inform your understanding of what it means to be “faithful to God”? 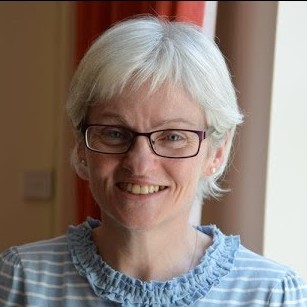 PLEASE NOTE: The weekly Parashah commentaries represent the research and creative thought of their authors, and are meant to stimulate deeper thinking about the meaning of the Scriptures. While they draw upon the study methods and sources employed by the ISPS-Ratisbonne, the views and conclusions expressed in these commentaries are solely those of their authors, and do not necessarily represent the views of ISPS-Ratisbonne Bat Kol-Christian Center for Jewish Studies. The commentaries, along with all materials published on the ISPS-Ratisbonne Bat Kol-Christian Center for Jewish Studies website, are copyrighted by the writers, and are made available for personal and group study, and local church purposes. Permission needed for other purposes.  Questions, comments and feedback are always welcome.