Good things come in threes, it is said, perhaps this is why I am writing about Pinchas for the third year in a row.  This year the subject of the commentary literally presented itself to me.   I was in a church, in a parish I had only recently joined, when I happened to glance up at one of the stained-glass windows. And there—instantly recognizable by his breast-plate with 12 stones—was the high priest!  There were two other men with him.  One, with a sword girded around his waist, was kneeling before a man in a long robe.  The window is a memorial to a Major Henry Arnold, who had died in 1900 in the Boer War. The window illustrates the following verses from Parashat Pinchas: “So Moses did as the lord commanded him. He took Joshua and had him stand before Eleazar the priest and the whole congregation; he laid his hands on him and commissioned him—as the Lord had directed through Moses (Num 27:22-23). Moses, Joshua and he high priest Eleazar are depicted in the window. “The whole congregation” is represented by those who are looking at the window. The window tells two stories.  One is that of Henry Arnold, who was shot in the head at the Battle of Paardeberg and died some days later, with the resulting grief of his fellow parishioners. He is represented as Joshua, with Eleazar symbolizing his life of faith, and Moses symbolizing his life as a dutiful servant of Queen Victoria.

The other story, of course, is the commissioning of Joshua to lead the people. The window tells it in a way different from that of the text.  The text describes a series of actions.  In the window we have only three static figures.  Eleazar stands at the top right; Moses stands at the middle left; Joshua, at the bottom right, kneels before Moses.  In our culture, in which we read from left to right, the righthand side of a picture usually symbolizes the future.  Eleazar and Joshua certainly are men of the future, in that each succeeds to the position and responsibilities of another.  Eleazar has already assumed his father’s priesthood.  In Chukat we read how Moses, Aaron and Eleazar ascended Mount Hor, where “Moses stripped Aaron of his vestments, and put them on his son Eleazar; and Aaron died there on the top of the mountain” (Num 20:28). Joshua will lead the people into the Land while Moses is not allowed to enter it.  Generation succeeding generation is the theme of whichever haftarah is read: Elijah throwing his mantle over Elisha (1 Kings 19:19) or the lord informing Jeremiah that even before he was born he was appointed to be a prophet for his troubled times (Jer 1:5)

Since Moses is depicted on the left and is going to be ‘left behind,’ does that make him a man of the past rather than the future?  Not at all, for he sees the Land from the mountain-top and he trusts that the future will be as the Lord has promised.  He is one of those who “see the future…as the place in which that for which they are willing to live and die is to be found” (Gomes, 208). Martin Luther King compared himself to Moses on the mountaintop in the speech he gave the night before he was murdered: “And He’s allowed me to go up to the mountain. And I’ve looked over. And I’ve seen the Promised Land. I may not get there with you. But I want you to know tonight, that we, as a people, will get to the promised land!”

Reflection: [1] These days we are often told to view the future with fear, because of climate change and other serious concerns. Is this how people of faith should view the future? [2] What has been your experience of succeeding to someone else’s position or having someone replace you?  How did you feel about it? 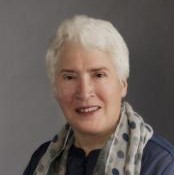