This week the Jewish lectionary concludes the Book of Leviticus (Vayikra).  Over the past weeks in our Torah study we have listened to detailed instructions foundational to the formation of a people as they learned how to live according to the ways of G-d.  In chapter 26 of this final Torah portion of Leviticus, we come to a motivational ‘pep talk’ in the form of a series of blessings (26:3-13) and curses (26:14-45). The core of this parashah is a brief but eloquent promise of blessings for those who follow G-d’s ways and a lengthy and chilling series of curses for those who reject the ways of G-d. And one of the first things that is noticed in reading the blessings and curses in is that there appear to be many more curses than blessings!

The curses are spelled out at length in the hope that they will put fear into the hearts of those who cannot be persuaded to do what is right by any other means. Other ancient societies shared this pattern wherein a legal section is followed by the promise of blessings for those who obey those laws and by curses on those who falsify the text or violate its provisions. The Hebrew term tochechah is used to describe terrible punishment or reproof. In many synagogues, it is customary to read these reproaches in an undertone, perhaps because its vision of disaster is at times so frightening that, to say something aloud is akin to making it happen!

This must surely surprise and bother readers. Surely the G-d we know and love and who holds our deepest desires and interests at heart is a G-d characterized by blessing rather than cursing. So why does there seem to be an apparent imbalance here? The rabbinic sages asked this question. Despite the number of verses dealing with curses, Jewish tradition repeatedly emphasizes the principle that says: Divine goodness outweighs Divine retribution. In this context, a closer look at the text reveals that the blessings are to take place immediately and in their fullness. However, the curses are carried out in gradually increasing stages of severity. Transgressors are not struck down all at once, but first with minor blows and only if they still fail to reform does the major curse materialize (vv. 3, 14-15). Only after a person ‘rejects’ and ‘spurns’ the laws of G-d do the curses follow. While blessings flow from a simple keeping of the law, curses require a sustained effort of rejection! The careful Torah reader is reminded that amidst the painful difficulties of life, ‘curses’ can threaten to eclipse our awareness of G-d’s blessings.

To conclude what may appear to be a gloomy reading of the plain meaning of the text (peshat), there is also a playful reflection on the sacred Hebrew alphabet wherein the blessings begin with the first letter of the Hebrew alphabet (alef) and end with the last letter of the alphabet (tav), signifying that alef-tav [‘A-Z’] the fullness of blessings will flow. The curses, on the other hand, begin with the sixth letter and end with the fifth letter of the alphabet and there is nothing between them! [Rabbi Shmuel, Midrash Tanhuma, Re’e 4]

For Reflection and Discussion: [1] Choose some of the blessings and curses from this parashah for your discussion in Havrutah. [2] How may the Torah insights help us to work and pray for peace in the troubled world of today? [3] How do you live with a fundamental sense of life as gift and blessing? 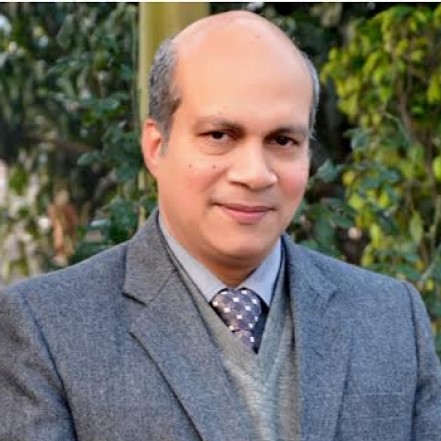