Today’s gospel narrative is a unique depiction of Jesus as an adolescent. It provides us a transition point from his infancy to his adult public ministry. Commentators say that this is a stand-alone pericope and would not significantly affect much the narrative in Luke even if it was omitted.  So we ask, “Why did Luke include this pericope about the twelve-year old Jesus?” It must have a Christological relevance. [Billings, 72-73]

Graeco-Roman historiography and biography of heroes use a motif relating the extraordinary deeds at childhood to emphasize the greatness of the person. [Billings, 73-74] Ancient writers were not so much interested in scientific accuracy but how to depict their heroes.  Samuel, according to Fiorenza, was portrayed by Josephus as already acting as a prophet at 12 years old in 1 Samuel 3:1-18. [Fiorenza, 400] It is possible that this literary convention was also used by Luke to illustrate Jesus as one who is full of wisdom and love for the Torah.

It is interesting to note how Luke demonstrates the faithfulness of Jesus’s family in observing Temple rituals and in following the Torah prescriptions. Mary and Joseph had Jesus circumcised after eight days; they also offered a sacrifice of a pair of turtledoves or two young pigeons according to the Torah. This temple scene in today’s gospel is yet another example of a religious observance, that is, the love for the study of Torah.  Jewish boys usually take responsibility for the Torah at age 13 and take some instructions prior. [Billings, 73] This time, Jesus, at aged 12, is now showing his own sense of responsibility as a son of the Torah.   Horst says that Luke reveals Jesus as a “Jewish boy of 13 who is faithful to the Torah and tradition who occupies himself with determining the will of God as the rabbis did.” (Horst posited that the age is to be interpreted as 13 not 12.  The translation of the Aramaic words for these numbers was misunderstood. [Horst, 62;64]

Fiorenza offers a different translation of Jesus’s response to Mary.  The Greek’s ambiguity lends itself to various translations.  She says, verse 49 could also be translated as, “Did you know that I had to be among the household or relatives of my father?” [Fiorenza, 401] Jesus found himself at home in the midst of the teachers of the Law in the Temple where he also began to realize his call.  Echoing similarities with Luke 8:21 when Jesus said, “My mother and my brothers are those who hear the word of God and do it,” the family of Jesus has now expanded from natural or biological connections to that of having spiritual connection. This spiritual family of Jesus, of course, did not exclude his biological family.  Mary continued to be present to the disciples and is a model of discipleship for us. [Acts 1:14]

Jesus, even as a twelve-year-old boy, continues to challenge us to be faithful and to take responsibility as God’s children: “Twelve-year-old Jesus in the Temple makes us take his power – and his claim on us – seriously. With him we move out of the safety and serenity of cradle and manger, into adulthood, into maturity, as disciples of the one who called God ‘Father.’” [Chakoian, 190]

For Reflection and Discussion: [1] At which point in your childhood did you experience a religious awakening?  [2] How are you called by Jesus Christ to maturity at this time of your life? 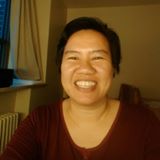